I Was an Illegal Immigrant in the Kingdom Of God

I was an illegal immigrant in the Kingdom of God.

I broke his laws.
I snuck under the pearly gates.
I was a trespasser.
The angels were looking for me.
Michael, the Archangel, personally delivered the deportation notice.
I was afraid.
To be forever banned from the Kingdom of God was unimaginable.
I tried to show the Angel false ID.
“I’m NOT Bill Streppone,” I screamed.
“Don’t lie to me”, the Angel said. “You’re covered in sin. You’ve broken all the rules.”
I pleaded with the Angel. I told him I would do anything. “Please don’t deport me. Satan is waiting for me on the other side.”
“That’s what happens to people who don’t obey the rule of law – especially God’s Laws,” explained the Angel.
I begged him, “Please No. I’m willing to work in the Kingdom of God for below wages if you don’t cast me out.”
The Angel chuckled, “So you want to work illegally in the Kingdom of God? Not a good argument”.
“Ok, that’s enough, you’re coming with me.”
“No, No, Nooooooooooo!!!!!!!!!!!!!
And with everything in me I screamed,“God!!!!!!!!!!!!!!!!!!!!!!!!!!!!!!!!!. Please help me!!!!!!!!!!!!!!!!!!!”.

There was complete silence.
I looked up.
I saw the face of Jesus.

In the next instance he was standing right beside me.
All the angels were standing at attention.
Jesus asked, “Do you believe in me?”
I said, “Yes Lord.”
He then handed me a Pure White Card (the permanent resident card is white in heaven).
“This is your permanent resident card to the Kingdom of God”, He explained.
“But I don’t deserve this. “Michael said I was covered in sin.”
Michael the Archangel turned to me, “What sin? I don’t see any sin in you. You’ve been clothed in a beautiful White Robe – as pure as pure can be.”
Then Jesus said to me, “You have been shown Grace; you have been shown Mercy; you have been shown Forgiveness. Do the same unto your fellowman.”
Then he said to me, “I know you have helped many people get their green cards. But most importantly, don’t forget to tell the people how to get the White Card.”
Hence, that is the main reason for this post…; but also to show a reason why we should give Grace to the immigrants…
For scriptures says in Mark 11:26, “But if ye do not forgive, neither will your Father which is in heaven forgive your trespasses”.
Because of His great Love shown toward me, when people ask me, “What is your name?”

William A. Streppone, Immigration Attorney
A Participant in the Movie
“They Come to America”

There is an old saying I heard many times over regarding media attention. That is, “don’t care about anything else – just make sure they spell your name correctly”. That advice simply doesn’t work for me. I’ve been working as an immigration attorney for more than 16 years. I’ve been fighting for a humane approach in resolving our immigration problem. That message is most important to me. Of course I want my name spelled correctly, but most importantly I want my message to get out. We must deal with our immigration problem humanely!

The movie, They Come to America, is a movie about the problems and the cost of illegal immigration. You can get more information about the movie at, theycometoamerica.com.

As a participant in the movie, I was disappointed in the final result. There were so many issues left out of the movie that should have been in. For example, in the movie John Roland, a retired Fox anchor, asked three different politicians in Florida if they had solutions to the immigration problem, and if they didn’t why should anyone vote for them. Yet the movie itself does not address any solutions to the immigration problem. If it wasn’t an important question why ask it? Hence, in the spirit of John Roland’s question, why should this movie be taken seriously as a documentary if it doesn’t address solutions? As a matter of fact, one politician, Alex Sink, actually mentioned comprehensive immigration reform as a solution and it was never followed up on.

I was interviewed for the movie for more than three hours and none of my points on solutions made it into the movie. At one point the director asked he wished someone could give him a reason why anyone would be against making “e verify” mandatory. Yet I nor anyone else was asked that question in the documentary.

In addition, there were five experts in the movie. Three of the experts well known for their stance against comprehensive immigration reform were never challenged by the director on any subject at all! However, a lobbyist and myself were constantly challenged by the director to the point where the director actually injected his own opinions during the interview. Moreover, during many of the clips, I’m either challenged by the director or rebuffed by a following clip without an opportunity to respond. This never happened to the pro “Deport them all” experts.
Furthermore, the movie mainly focuses on Latinos and Hispanics. Yet 40 percent of all illegal immigrants do not come through our borders but are visa violators. These are people who come from all around the world and who overstay their visas. If you are Latino or Hispanic watching this movie you would feel singled out. Moreover, those who attacked us on 9/11 were not Latinos but rather members of the al-Qaeda organization who came into the U.S. legally and overstayed their visas or otherwise violated their visas. They did not come through the border! Yet the movie only focuses on the border.

The director’s response to this is if he had seen other nationalities he would have filmed them. He said he pointed his camera at what he saw and this is what he got. That answer is unacceptable. I suggest he do a little more homework next time and point his camera in a different direction. He would have seen the other 40 percent!

One part of the movie actually suggests that people who come to America don’t want to stay in America but just want to make money and return to their countries. This is highlighted by an interview with one immigrant! I guess we no longer have to deport illegal immigrants because they are going to leave anyway. Of course I’m joking. This depiction is so unfair anyone, regardless of the political spectrum they fall under, would find this incredibly unfair. I guess millions of immigrants are fighting for legalization in this country because they want to leave. Why would anyone want comprehensive immigration reform if most want to return to their country? It makes no sense.

There were some small parts of the movie I liked. For example, the part showing the drug cartel compound right at the border and a scene where the entire film crew crosses the border and approaches the compound. That was every exciting. I think we can all agree we have to do something about the drugs entering our country.

In addition, the most emotional part of the movie was the speech given by a valedictorian in her class who was brought to the U.S. by her parents when she was a child. She has done everything she could to fit in to our society yet is still considered illegal and an outcast. Her emotional speech was very moving and highlights many of the problems young people face in her position.

However, in the final analysis, the movie is just plain unfair. It is not an honest look at both sides of the issue. Unfortunately, it’s an attempt by the director to fool people into thinking it is unbiased. Fortunately, most film festivals and other media outlets have rejected this movie – not just the Hollywood elites, but film festivals from all sides of the political spectrum have rejected this movie.

I have put a webpage together focusing on important issues that were not in the movie. I give detailed answers to many of the common questions people have on this topic. I also attack many of the clichés used to argue against a humane approach to our immigration problem.
Please check out immigration-debate.com for more information.

If you have been hurt in an accident or by a product, you may be entitled to a cash reward. It is important to have an attorney who understands your legal status in the United States guide you through these types of cases while protecting your rights so you receive the compensation you are entitled to.

If you are you or a family member is struggling with an immigration law problem, call Long Island immigration attorney William Streppone at (631)265-3988 to schedule a free initial consultation to discuss your situation and learn how our experience can benefit you. 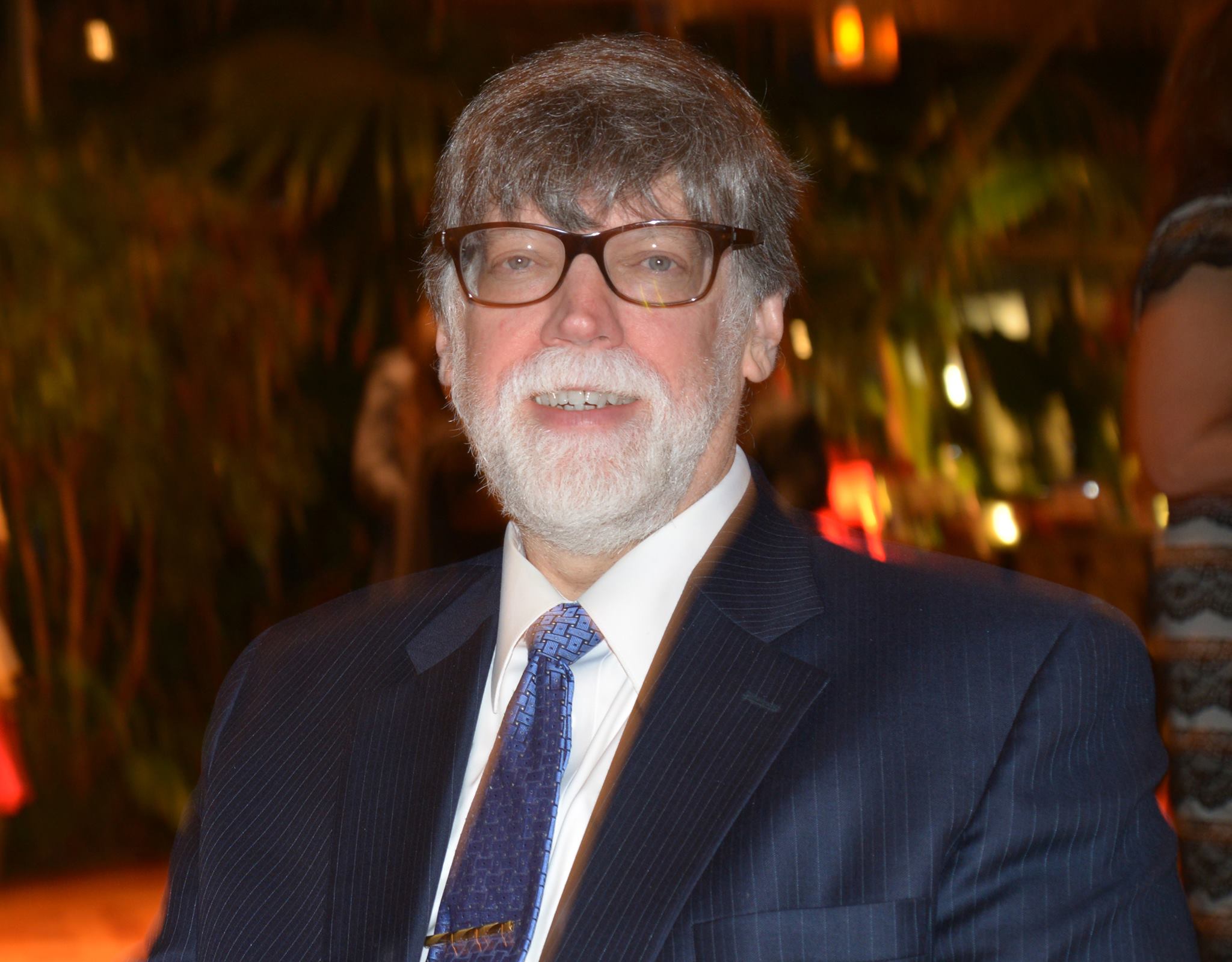